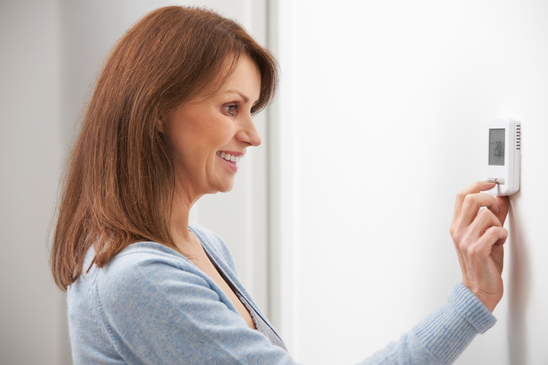 Records of indoor central heating systems date back to the late 13th century and were popularized in the United States during the Civil War era. The first good record dates back to Germany in the 1200s when the city hall in Lüneberg installed a heating system that used three furnaces and a series of rounded ducts that channeled air from basement furnaces to the building’s rooms. Modern-day central heating and cooling is based on this model that surfaced during medieval times: a series of ducts connected to a heat source that uses fossil fuels to pump heat through a building, commonly a home.

Ductless heating and cooling systems — sometimes called mini-split, multi-split, or variable refrigerant flow—are some of the most energy efficient heating and cooling systems on the market. The two-part system includes one outside unit that connects to multiple dispensing units inside the home. The system’s two-way pump sequesters hot air from outside your home and pumps into the inside unit to heat, and does the opposite to cool indoor spaces. The process takes place through a heat pump, a series of coils that use a compressing and expanding refrigerant (think refrigerators) to move heat energy between indoors and outdoors. In warm summer months, heat inside the home is absorbed by the refrigerant and transmitted outside. The process is reversed during cold months, with the refrigerant absorbing warm air from the outdoors and channeling it into the home. From carbon footprint reduction to easing home additions, here are five reasons to love ductless heat pump systems:

Depending on who you ask, the United States consumes about 25% of the world’s fossil fuels, with nearly 30% of global fossil fuels going toward heating oil. Whereas duct heating and cooling systems rely on fossil fuels, ductless systems run on electricity, an energy source that is increasingly derived from renewable methods. Renewable sources of electricity production in the United States grew by three-percent last year (now up to around 13% of total electricity) and doubled between 2000 and 2015.

Traditional ductwork also displaces 20-40% of generated heating or cooling through duct leaks and conduction. With Americans spending $11 billion on air conditioning annually, every bit of lost air is lost money. On the contrary, ductless systems dispense air directly into a room, cutting out middleman ducts and the issues they pose. To seal the deal, ductless systems abide by ENERGY STAR guidelines, making them even more efficient than the minimum standards outlined by the U.S. government, all the while eliminating the need for heating oil. Going ductless cuts total energy costs by 20-70% and knocks 25-50% off heating costs alone.

Conventional compressors use maximum power until it’s no longer needed, shutting the system down and repeating the use of maximum power when temperatures dip below or rise above a set level. This causes fluctuations in temperature and an unnecessary expenditure of power. Bottom line, it’s inefficient.

Ductless systems use varying compressor speeds, constantly detecting changes in room temperature and making minor adjustments to compressor power as needed. The ductless method uses up to 30% less energy than the surge and drop technology of conventional systems and has an option to blast air into a room when a quick cool-down or warm-up is in order.

BONUS: In ductless units such as Mr. Slim, a sensor pinpoints hot or cold spots in a room and directs flow to that area. Energy is directed exactly where it’s needed and isn’t wasted on heating or cooling the same areas and leaving pockets of untreated air. Because each system has its own thermostat, each room is heated and cooled individually, meaning rooms that get more sunshine won’t be overpowered by the extra solar heat. Many ductless units also come with air purifiers that use natural antibacterial agents to stave off mold, pollen, pet odors, and dust.

Ductless heat pumps are the perfect option to replace faulty electric baseboard heaters, noisy wall or ceiling heating and cooling units, woodstoves, and propane or electric space heaters in existing interior spaces. They can also be a great solution to an addition, or attic and garage conversions. Ductless systems eliminate the need to extend a home’s existing ductwork or piping and operate at a lower cost than electric resistance heaters. New home construction designs can encompass ductless heating and cooling where ducts may interfere with layout. A ductless system will help a home qualify for ENERGY STAR efficiency, too!

Tax credits on ductless heat pumps typically fall between $200-$1,500. Homeowners in both Oregon and Washington qualify for rebates through regional energy companies. Renters and homeowners who pay Oregon income taxes are eligible for the Residential Energy Tax Credit with the installation of a ductless heating and cooling system. Some states offer a Sales Tax Holiday Window, typically over the three-day Memorial Day weekend, that provides breaks on state and local sales taxes when purchasing ductless heating and cooling systems among other energy efficient products. Other programs offer reduced rates on financing energy efficient and renewable energy home improvement updates. Note that in many cases, systems must be installed by a certified contractor to qualify because improper installation can actually decrease energy efficiency. Eligible residents fill out an application (often online) to qualify for credit. Visit energy.gov to learn more about your state’s energy rebate programs.

Designed to be installed out of sightline—wall mount, ceiling-concealed units that are encased in drywall and blend seamlessly with existing architecture, floor mounted units—homes can be outfitted with up to eight indoor units that all connect to a single outdoor unit. Copper refrigerant lines connecting indoor to outdoor units can be sheathed in insulation and concealed inside a conduit track. The paintable concealer creates a customizable finish that camouflages seamlessly. The single system takes care of both heating and cooling, and with sound levels as low as 19dB (rustling leaves clock in around 20dB), ductless systems don’t carry the disruptive noise of metal ducts and are comparable to noise put out by a refrigerator.

Let our certified building science professionals use to evaluate your home’s hvac efficiency during a home performance assessment today. 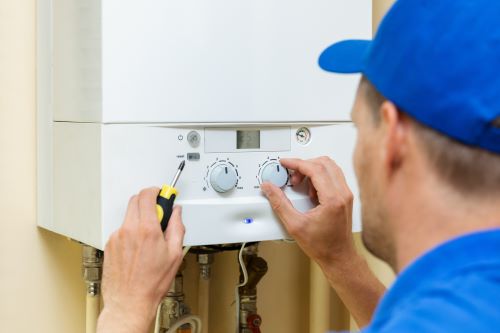 How Does a Central Heating System Work in a House? 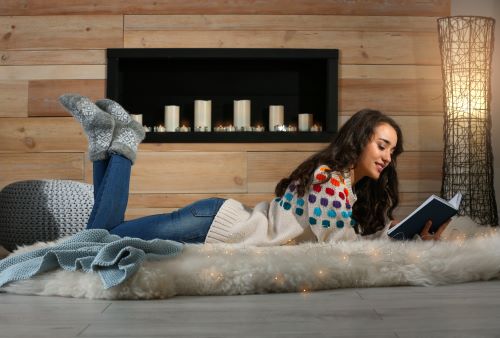