How Do Portable Air Conditioners Work?

Most central air conditioning units are bulky, unwieldy machines that have to be installed in a permanent location outside the home and connected to a complex system of ductwork to do their jobs. Of course, this isn’t always practical. Many older homes don’t have ductwork, having been built before it was common. This is also true of newer homes that rely on modern climate-control technologies that don’t use ducts. In either case, it may be necessary to use a portable air conditioner.

How do portable air conditioners work, though? Since they’re so much smaller than standard fixed AC units, are they a practical alternative? What situations are they best suited for? What is their energy usage? Read on to learn the answers to these questions and more.

All air conditioners, regardless of their size, use a similar method of cooling the air in a building. It’s actually the same method a refrigerator uses to keep food cold. These technologies depend on a refrigerant, a liquid with a very low boiling point. This means it can easily absorb ambient heat energy from the air, which in turn will cool the air as the refrigerant heats up.

The refrigerant is kept in coils, and air is blown across these coils by a fan or similar instrument. When this happens, the refrigerant expands and the air around it condenses. The waste heat must then be vented away to somewhere outside the home.

In traditional air-conditioning setups, the cooled air is circulated throughout a building by way of a system of ducts that has vents in each room. A large industrial fan blows the air through the ducts and out of the vents, cooling the building as it does so.

How Do They Maintain Your Desired Temperature?

How Is This Technology Made Portable?

So, now we know how air conditioners work. But how do portable air conditioners work? Well, functionally, the technology is much the same. They still use coolant coils to draw ambient heat energy out of the air that passes over them. Then they circulate that air back into a room.

While the basic concept of a portable air conditioner is much the same as a larger, more permanent one, there are a few hurdles that need to be addressed if you want to decrease their size.

With standard air conditioners, the condenser is usually installed somewhere outside the building. This makes it relatively easy to vent the waste heat into the outside air, where it will dissipate harmlessly. A portable air conditioner uses a different process.

The portable air conditioner is a smaller unit you can wheel or carry from room to room. It’s designed to cool down a smaller area, rather than an entire building. For example, you might get a smaller portable AC unit for a single bedroom.

Since portable air conditioners are smaller than full-sized ones, they tend to be less energy efficient. This means they’re generally more costly to run than a more permanent system, although they still offer the added benefit of being able to be installed in essentially any room in any building (as long as it has a window through which the excess heat can be vented).

How To Set Up a Portable A/C

Since a portable air conditioner is kept indoors, it must be connected to a window so the heated air can be vented outside. There are two types of portable AC units: single hose and double hose. A single-hose unit has, as its name suggests, one hose that can be placed in a window opening. You’ll need to form a tight seal around the hose to prevent outside air from leaking into the room, which forces the portable air conditioner to work harder and drives up your energy bill.

Dual-hose air conditioners have two hoses that both need to be connected to the window to vent out the exhaust the unit generates. This makes them a bit more efficient than the single-hose version. They can also cool larger spaces, although they tend to cost a bit more.

Is a Portable Air Conditioner Right for Me?

As we’ve mentioned, portable air conditioners aren’t as efficient as traditional AC units. However, they do offer several benefits: they’re cheaper and you don’t have to hire a contractor to set them up. If you’re looking for something for the longer term, however, you’ll probably save money by installing something more permanent in your building.If you need a permanent HVAC system installed in your home or commercial building, or if you have more questions about portable air conditioners, contact the professionals at Entek. We can advise you on the best options for your building and perform an installation if you’re ready for one.

5 Tips for Surviving the Summer Heat Wave in Vancouver 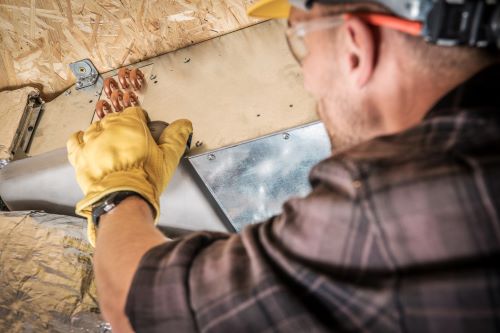 How Does HVAC Retrofitting Work? 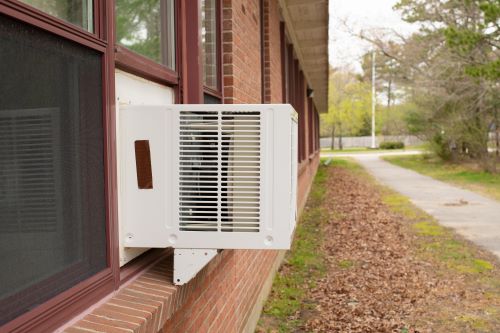 Can You Install an AC On Its Side?