5 Reasons You Should Hire a Certified HVAC Contractor

Things are starting to get a little chilly here in the Pacific Northwest. As they say in Game of Thrones, winter is coming. Even though PNW winters tend to be milder than in other parts of the country, it’s important to make sure your HVAC system is up to snuff. You never know when we’ll have a major snowfall like we had in 2017. When looking for an HVAC contractor in Vancouver, WA, or anywhere else in the greater Portland metro area—or, really, anywhere in the world—it’s important to find one with excellent professional certifications.

In this blog, we’ll look at five reasons you should hire a certified HVAC contractor in Vancouver, WA (or wherever you live). 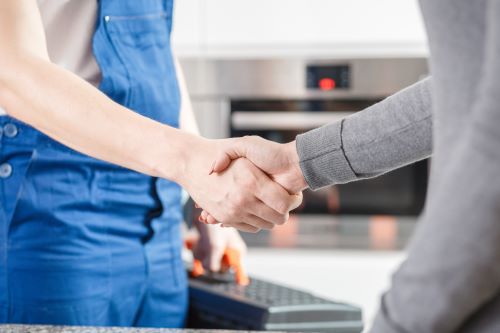 When we talk about “HVAC certification,” it can be tricky to know what exactly we’re talking about. After all, there are a number of HVAC-certification programs around the country.

One of the most common and reputable certification agencies in the US is NATE, or North American Technician Excellence. NATE is the largest nonprofit certification organization in the country for HVAC technicians. The certification is used to “validate the professional competency” of the people who are installing or fixing your HVAC system.

In other words, NATE-certification isn’t something that anyone with a wrench can waltz in and get.

To be NATE-certified means that a technician has years of experience under their belt. It’s also more likely than not they’ll know how to deal with any complications that arise during service or installation.

NATE-certification establishes a baseline of professional competence so that you know your technician has passed muster.

You wouldn’t seek advice from a lawyer who flunked the bar exam, so why would you ever risk hiring an HVAC contractor in Vancouver, WA, who didn’t have NATE certification or an equally reputable equivalent?

Some of us may get frustrated or fed up with federal, state, or local building codes, but the reality of the situation is that most of these codes exist for a very good reason. One of the most common reasons is safety.

Your air conditioning window unit might not look as dangerous as, say, heavy industrial equipment, but even the smallest HVAC system is a complex machine with countless moving parts and electrical connections. That means that if something goes wrong, it has the potential to go very wrong.

Certified HVAC contractors and technicians know how to minimize the risk of things going wrong. They also know how to safely install and service hardware of all kinds. They’ll do so in accordance with all relevant codes so that you can be sure your HVAC setup is as compliant as it is safe.

Going with an uncertified HVAC contractor in Vancouver, WA, could risk injury to the technician—who might not have the insurance a certified contractor would—or even fire hazards caused by mishandled electric systems.

Imagine you hire an unlicensed, uncertified HVAC contractor to install air ducts for a central HVAC system. There could be leaks in the system, resulting in poorer efficiency as hot air leaks out in the winter and cool air leaks out in the summer—worse bang for your buck. You’ll be searching for HVAC repairs sooner too, thanks to improperly installed hardware. And if you keep going with your uncertified contractor, those repair costs are likely only going to go up.

When you work with a certified HVAC contractor, you know for sure that you’re getting someone less likely to make those mistakes. Now, people are human, of course, and even the most experienced, veteran HVAC technician can err somewhere in an installation or service job—but it’s much less common.

In the long run, going with a trusted, certified HVAC contractor will more than make up for whatever the additional initial cost is.

When a licensed, certified HVAC contractor shows up at your home to install or service your HVAC system, you know that they’ll almost certainly do prompt work. They’ll have brought the tools they need and the parts that need to be installed or replaced, and if they don’t, they’ll know where to get them. They can also give an accurate estimate of how long it’ll take until they finish the job.

An uncertified HVAC technician, on the other hand, might not have all the relevant tools for a job, or they might not have connections or trusted parts suppliers. What might otherwise be a snappy, easy job could wind up taking much longer than it would have if you’d hired a certified HVAC contractor in the first place.

Of course, an uncertified HVAC contractor might cut corners in order to get the job done “quickly,” but it could cost you more money—and time—in the long run.

5: It’s Better for Your Peace of Mind

When you work with a licensed, certified HVAC contractor in the Vancouver, WA, area you get peace of mind. You know that your expensive HVAC system is almost certainly going to work like it’s supposed to work. But you won’t have to worry that an odd sound is a result of an improperly installed system breaking down, and you won’t have to worry about calling a contractor out in the middle of a blizzard.

If you’re looking for an expert, licensed and certified HVAC contractor serving Vancouver, WA, and Portland, OR, contact Entek today. You’ll know for sure that your next HVAC job will be done right.