Is It More Efficient to Use Gas or Electricity for Central Air?

For years, experts have debated the most efficient methods for heating and cooling homes. Should central air use gas or electricity? What are the best ways to save money on energy costs without compromising safety and comfort?

Plenty of studies have been done regarding the best and most energy-efficient methods for heating (or cooling) a home with central air, but researchers have yet to fully agree on the topic simply because there are so many variables in play.

We don’t expect to settle the debate in this article, but we do hope to provide you with a clearer understanding of this complex topic and help you to understand the factors involved in maximizing the efficiency of your central air system.

What Do We Mean By Central Air?

Generally speaking, “central air” means the same thing as “forced air.” Although, in common parlance, they are used to refer to separate systems in the home. Still, you’ll hear the terms used interchangeably, since central air and forced air both refer to a closed system of air circulation that delivers temperature-controlled air to every part of the home through a system of ducts and vents. This air is usually heated or cooled by a central unit, whether that’s a furnace, an electric resistance heater, or an air conditioning system.

Despite the fact that they technically refer to the same system, central air is often used to refer to cooling via air conditioning, while forced air often refers to the heating portion. Nevertheless, it’s not really necessary to nitpick the two terms.

Why The Debate Between Gas And Electricity?

When it comes to heating the home, you’ll have to make a decision about how your heat is generated. Most commonly, this means by way of some type of combustible fuel, usually natural gas or propane. This fuel is usually supplied to the home via a series of pipes and burned in a furnace to generate heat which warms the air that is then blown through the ducts by a series of fans.

Heat can be generated by electricity as well, using a technology called resistance heating, so named because an electrical current is sent through a special type of coil, where it encounters resistance. This causes the coil to heat up, and once again, the heat energy that is generated can be used to warm the air that’s circulated throughout the home.

With any method of generating heat, some energy will be lost in the process, as a simple result of the laws of physics. The question then becomes, how much energy is lost, and how much is effectively transformed into heat? A heating method that uses less energy to generate the same amount of heat is referred to as more energy efficient.

How Is Energy Efficiency Measured?

When it comes to home heating, the efficiency is measured by the annual fuel utilization efficiency (or AFUE) standard. This is the measurement of the amount of heat generated by each dollar of fuel that your HVAC system consumes. For example, if your heating system has an AFUE of 75, then it converts about 75 percent of its fuel into useable heat energy. In the past, a number like 75 was considered good, but nowadays, with technology advancing and homeowners clambering for more efficient heating, higher AFUE percentages are expected.

Very efficient heating systems can have an AFUE of 90 or greater. This means that 90 percent or more of the fuel that’s put into the system is converted to usable heat energy. For you, that directly translates into cost savings. Looking for a more energy-efficient system means you can save a great deal of money over the course of the year.

What Is More Efficient, Gas or Electricity?

The simple answer is that gas is the more efficient energy source. It burns very hot which means it can generate the needed heat energy very quickly. Electricity, on the other hand, takes longer to achieve the same temperature meaning that more energy is required as the system works for longer. Electricity is also more expensive overall: unit for unit, it costs a good deal more than gas to generate the same amount of usable energy.

This is the simple answer, however. It doesn’t necessarily mean that you should automatically opt for gas heating if it doesn’t prove to be right for your home. There are several other variables in play that you should consider when asking should central air use gas or electricity.

Other Factors to Consider

In the most basic sense, gas is certainly more energy efficient than electricity. However, a gas furnace is also significantly more complicated to install, particularly if your home doesn’t already have access to a fuel source such as a gas main. Conversely, an electric furnace is easy to install. Sometimes as simple as just finding a place to plug it in.

There’s also the element of safety to keep in mind. When a gas furnace is installed, it must have a safe way to vent away the exhaust fumes that are created when fuel is burned. Otherwise, there is a risk of harmful carbon monoxide building up inside the home. Electricity does not create dangerous waste products, meaning it’s comparatively less risky and requires fewer safety features. It’s true, however, that either method of heating can pose a fire hazard if it is not installed in a safe area.

Whether you’ve made a decision about which heating method is best for your central air unit or you simply wish for more information, your next step should be to contact a professional from Entek. Our highly trained and certified contractors can answer your questions with regard to the best methods of heating and cooling for your home, as well as begin the installation process should you desire to move forward with any of them. We can also perform maintenance on your HVAC system to ensure it stays in good shape—and remains energy efficient—for many years to come. 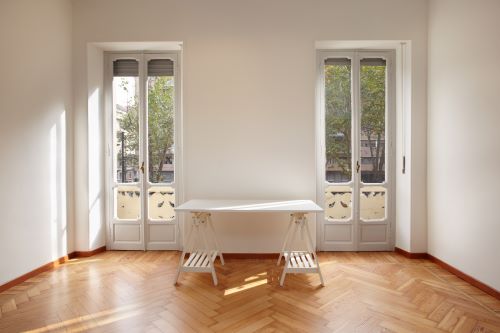 Can an Old House Make You Sick? Watch Out for These Problems 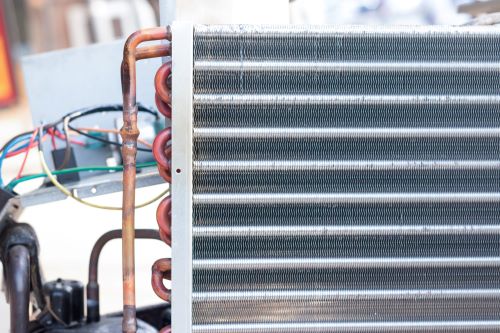 Should I Replace the AC Condenser Coil or the Whole Unit? 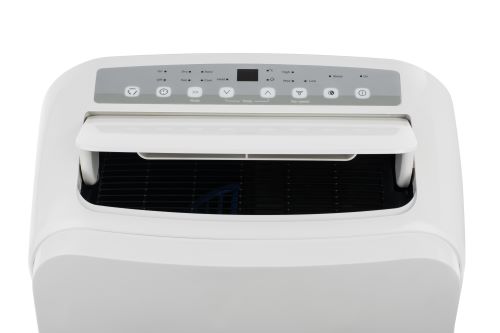 Will a Portable Air Conditioner Work for a Large Room? 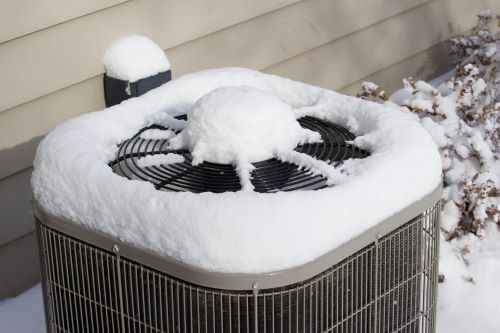 Should You Cover Your Air Conditioner in the Winter?
Copyright 1998-2022. All rights reserved ENTEK Corporation. Sitemap.